In a sea of great records released so far in very fruitful year this apocalyptic concept album sung in Welsh and Cornish from Gwenno is already a unique one.  More importantly, it’s been fascinating us to the point of making words on its very existence almost impossible.  But that’s only a good thing, at least where music is concerned. 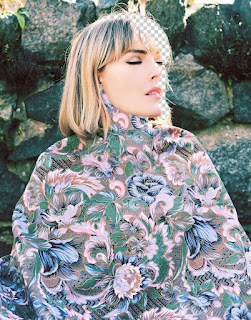 Former member of the Pipettes, Gwenno Saunders has created an album that flirts with the electronic influences of recent movements in the dream pop genre but is much more than that. Its generation is as fascinating as its birth and appropriate given the times we live in. Based upon Welsh author Owain Owain’s science fiction novel of the same name ‘Y Dydd Olaf’ the concept of the album considers what happens when robots take over the Earth and make human beings into a slave race.

Of course, it’s a deeper story than that but the core of the album is the beautiful noises that soundtrack the concept and just as they are beautiful they are also extraordinarily dramatic as well. Even for those unfamiliar with the Welsh language, there is much to enjoy in the textures that provide dynamic tension to the narrative. One of our favourite moments is when the ethereal intro to ‘Sisial Y Mŏr’ gives way to the sinister keyboard melodies that characterise the song, the chiming synth effects of the last half a beautiful and dramatic extra flourish.

On original release the album was snapped up by and quickly sold out and it’s not difficult to hear why. This music may be social commentary, a quasi political statement on Feminist terms using the beautiful language of Wales, but there is a shimmering beauty to the album that keeps the narrative flowing and the listener’s expectations high. When we first heard ‘Patriarchaeth’ we were so impressed with the sheer uniqueness of the project it was pretty much a winner immediately. 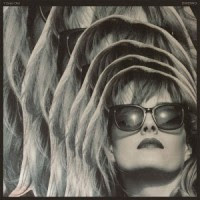 As a whole though, how does Y Dydd Olaf hold up on repeated listening? The answer is very well.  The influence of krautrock becomes increasingly obvious and (if you’re curious about the story) the urge to track down a copy of the original book grows stronger. In fact, like music in general, the understanding of the words matters not one little bit as the sonic textures tell a story in their own right.  As concept albums go, Y Dydd Olaf (‘The Last Day’) may well be up there with the best. But perhaps that can be judged with another listen? Maybe so…