Alan Smithee never likes his work. His name first appeared in the Sixties, a pseudonym applied when a director wanted to disavow their art, usually for reasons of artistic interference. Now he's reportedly rocked up in Livingston and is claimed to be writing songs for a young and rumbustious quartet, who have in turn bastardised his name for their own. If this is an actual creative relationship and not an artistic conceit, it makes the travails of such as Oasis seem a tantrum in a ballpit by comparison. 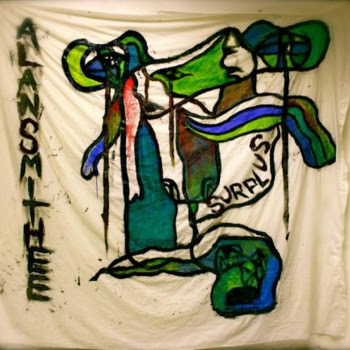 Listening to debut single 'Surplus', it's difficult to see exactly why Mr Smithee wouldn't want to take full credit for his creation here. This is a perfectly palatable slice of Caledonian jangle-fuzz in the vein of early Teenage Fanclub, with a quick-slow, loud-quiet dynamic in the first half that echoes the Pixies in their pomp, swampy surf-psych intercut with jangly interludes and a mellifluous Scotch baritone expressing just how rotten it is to discover one is extraneous.

The second half builds into a more thrashy climax, with scuzzed riffs skirling through the mix as the lyrics plead “I'm ruthless, but useful still” in impassioned tones. It's a thrilling, if often-trod path – alansmithee might never set the world alight, but whoever writes their tunes doesn't shouldn't be ashamed to see their name in lights.

'Surplus' is released on June 3rd on Flowers In The Dustbin.
www.flowersinthedustbin.org
facebook.com/alansmithee